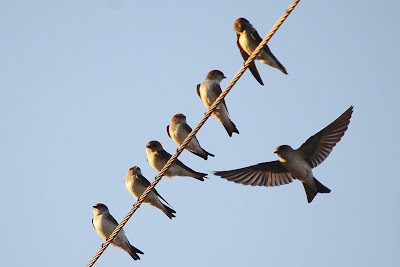 From Wilpena we headed northwest stopping at Leigh Creek to stock up on fresh fruit and vegetables, as we had to leave what we had at the border fruit fly control roadblock, and at Marree for fuel. Marree was a major rail-head for the old Ghan Railway, today it's one of the 'civilization' bookends of the Oodnadatta Track.
We were following the Old Ghan Railway Line that was abandoned when it was replaced with the current Ghan Line, which runs further west. Named after the afghan traders that rode their camels through these parts, the railway follows the old telegraph line, the construction of which was the impetus for Burke and Wills’ fateful journey.

We stopped at Farina for lunch. The area was originally proclaimed a town in 1878 and called “Government Gums” because of the mature River Red Gums in the creek to the north of the town. Later it’s name was changed to “Farina” (Latin for wheat or flour) by farmers who optimistically hoped to turn the vast flat lands here into fields of grain. For a few years the rains were unusually good, and copper and silver were found in the area. At its peak the town had a bakery, grain store, two breweries, two hotels, a general store, post office, Anglican church, five blacksmiths and a school. However the silver ran out, and years of drought ended the farmer's dreams. Today it is a picturesque ghost town, with resident kestrels, and bits and pieces of rusting farming and mining equipment. Sad to think of the shattered dreams lying in the dust - but this was a scenario that we would see repeated throughout the outback.
At the Pole Creek Floodway we passed through the Dog Fence, 9,600 of fenceline built to keep dingoes in the north and sheep safely in the south. From the first settlement dingoes were regarded as a serious predator of domestic stock, and early measures were focussed on their control, or even eradication. Recent research however, suggests that dingo predation of domestic stock is low, and that they may play an important role in controlling agricultural pests including kangaroos and wild pigs.

Pole Creek also marked the boundary of Finniss Springs Aboriginal land. The Lake Eyre Basin has supported a long history of Aboriginal settlement and use, and Finnis Springs is the traditional homeland of the Arabunna people. We stopped at Plane Henge fascinated by the planes buried in the ground like totem poles or post-modern crufixes. The other artworks were also wonderful - my favourite an old Ghan water-tank now transformed into a giant cattle dog, guarding the landscape.

We pulled over at the lookout over Lake Eyre South. The lake was dry, but the impression of vast empty space was powerful. The size of the area, and its remoteness, gave a physical presence to the mythology of Australianness.

The Curdimurka Siding was another interesting stop. Originally home to the fettlers who looked after the stretch of track between Marree and William Creek, the building has had some basic restoration and the rooms are available as a sheltered camp for travellers. To raise funds for the preservation of the various Ghan sidings the Ghan Railway Preservation Society holds a bi-annual ball at the Curdimurka siding. The first ball, in 1986 was attended by a few hundred people, mainly from Adelaide and from the stations and towns in the vicinity. In recent years the ball has become a popular 4WD event for clubs, individuals and tour groups and attracts over 3000 guests from all over Australia and even some from overseas. It's held in even numbered years in October. Swallows occupied every wire, and galahs queued to drink from the handleless frypan catching the drips from a tap in the yard.