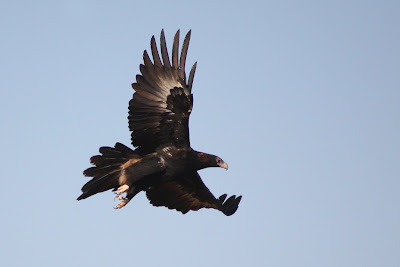 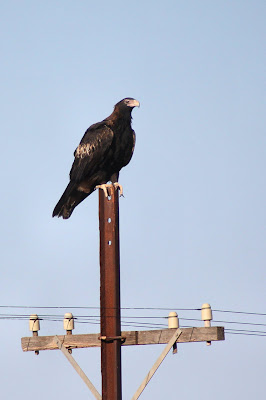 We headed out on the Barrier Highway at dusk and spent the night at Cockburn on the New South Wales / South Australia border, then on to Yunta for a breakfast stop and Hawker for lunch. Plenty of raptors along the way - kites, kestrels, eagles - though getting good images of them was a challenge. The wedgies in particular would move off if we breached their personal space.
The Miners we almost dismissed as familiar noisy miners, however a closer look revealed that they were their western cousins. Other variations on familiar birds were the SA race of the ringneck, and the white-backed magpie.