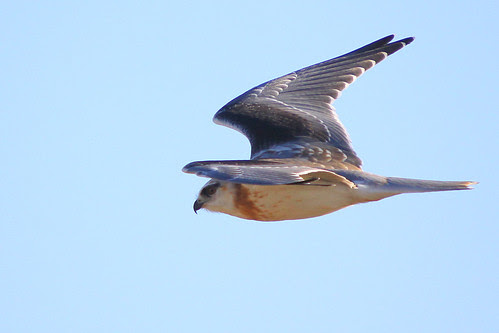 There were blue skies today after the dust storm of yesterday, but the wind was blowing a gale still. A good opportunity for flight shots over the Hunter River, as terns, gulls and raptors were held up by the wind as they cruised the shoreline. Well that was the theory.

In the event, while there were plenty of terns, for the most part they stayed well out in the centre of the Basin. Some feral pigeons, a raven and this immature kite were the only birds that came within photography range.

The dogs were hyped up by the wind and raced each other on imaginary figure eight tracks.