Having spent all day Saturday on the Pelagic trip – and consequently Saturday evening lying on the sofa moaning softly – I vowed to spend Sunday at the computer catching up on marking. I was rewarded by a Spangled Drongo coming to sit just 2-3 metres from me, perched on a tree-fern frond calling for some minutes. Luckily I had the camera beside me, unluckily I had to shoot through glass and flyscreen.

Email ThisBlogThis!Share to TwitterShare to FacebookShare to Pinterest
Labels: Dicruridae

From Newcastle to the continental shelf is quite a distance, so novocastrian birdos tend to head north or south to embark on Pelagic trips, to reduce the mainly uneventful travelling time. (BTW the stars indicate points where natural gas bubbles up.)  The Hunter Bird Observers have organised regular trips from Nelson Bay this year, and though they are all fully booked, I got a call to say a spot had opened up this weekend.

And what a trip it was. Even thirty year veterans were adding ‘lifers’ to their list.

I took the dogs to Poppethead Park in Kitchener, to swim in the dam. It wasn’t meant to be a birding outing but a large tree near the picnic area was abuzz with honeyeaters. I only know three eucalypts by name, and this wasn’t one of them – rough barked, pale yellow flowers, very tall. Birds very high in the canopy.

Lots of scarlet, yellow-faced and white-cheeked, some new holland, both adult and juvenile eastern spinebills, little lorikeets heard at the top of the tree but hard to see, and one regent honeyeater flew in only to head off again almost immediately. 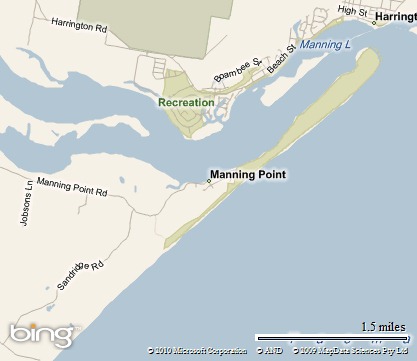 Manning Point is on an island in the Manning River delta, and with river one one side, ocean on the other, a lagoon in the middle, and remnant rainforest, heaths, gardens and mudflats providing a range of habitats it supports a variety of birds.
The nesting Fairy Terns had dispersed but there were a number of them flying over the river. Pelican were there in force, along with Silver Gulls, but also several types of heron and egrets, good numbers of ducks, lorikeets in the hundreds, and lots of honeyeaters.
A notable sighting was a young Spectacled Monarch, an uncommon visitor to the area. He obligingly hung around for some time. 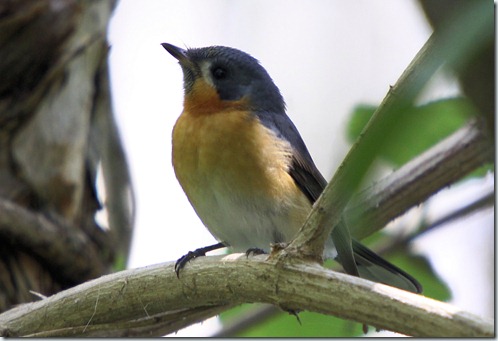 Email ThisBlogThis!Share to TwitterShare to FacebookShare to Pinterest
Labels: Monarchidae 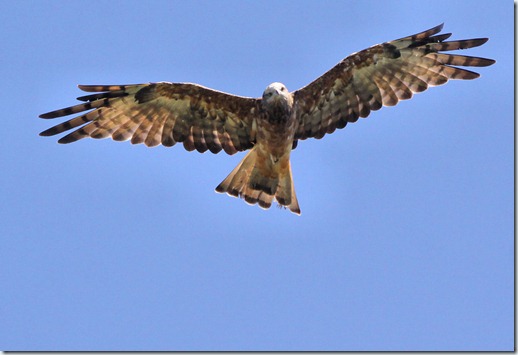 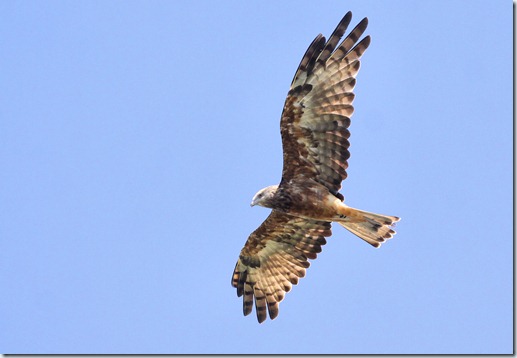 Last weekend I went to Manning Point for a 24 hour camp with the dogs, lured by the promise of good weather, which didn’t eventuate. So this weekend we went back again. We’d barely set up the tent and put the billy on for tea when this young Square-tailed Kite circled the campground.

The Square-tailed Kite Lophoictinia isura is a medium sized raptor endemic to mainland Australia. It is a species which can spend many hours on the wing with little active flight and can be observed either soaring high over open country, scrub or woodland or close to tree tops and through the tree canopy. It is a specialist hunter of passerines, especially honeyeaters and insects in the tree canopy, picking most prey items from the outer foliage by skimming and circling just above or below the tree tops.

The paperbarks and eucalypts in the area were in full flower, attracting lorikeets and honeyeaters in the hundreds, so it would have been a top spot for him, though I’m pleased I didn’t have to witness his lunch.

The Square-tailed Kite is sparsely distributed throughout the Australian mainland, primarily within 250km of the coast and generally absent from treeless inland areas and from dense forests.

Email ThisBlogThis!Share to TwitterShare to FacebookShare to Pinterest
Labels: Accipitridae, Birds in flight 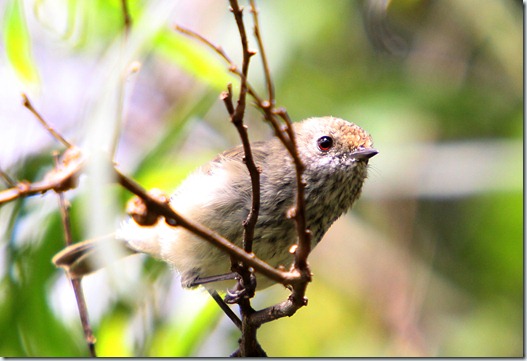 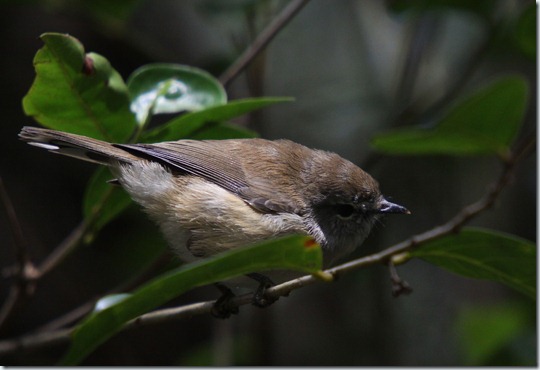 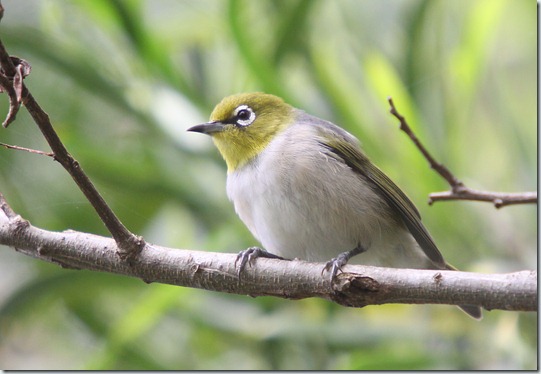 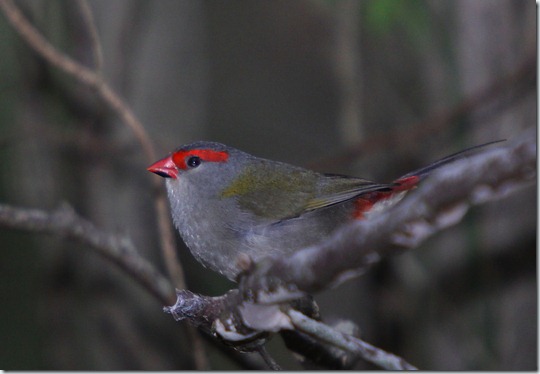 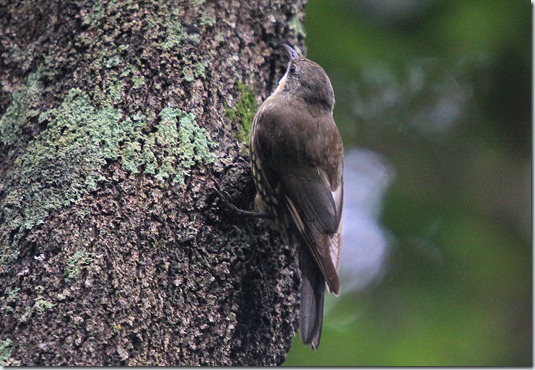 White-throated Treecreeper
The 53 hectare Wambina Nature Reserve  protects the headwaters of Erina Creek. It covers a variety of habitats from ridges of open forest to deep rainforest gullies. The reserve provides habitat for flying foxes, powerful owls and southern angle-headed dragons.
It is one of a series of reserves and parks stretching along coastal New South Wales, which provide habitat for a range of migratory and nomadic animals. It is also provides a link to other reserves on the Central Coast, such as Katandra and Rumbalara, which are managed by Gosford City Council. The vegetation includes warm temperate rainforest with sub tropical elements; and open forests of Blackbutt Eucalyptus pilularis, Spotted Gum Corymbia maculata and Sydney Blue Gum Eucalyptus saligna. Twelve animal species found in the reserve are listed as Vulnerable.

It was a day for little brown birds when we visited. Many Superb Fairywrens, Eastern Yellow Robins, and White-browed Scrubwrens as well as those pictured above.
Posted by Marj K at 8:56 AM 2 comments:

I’ve been reading about flight initiation distance in birds – an issue of concern to wildlife managers as they try to reduce human disturbance by using FID to develop set back distances for paths and viewing areas in bird sanctuaries. And an area of interest for bird photographers.

In one study, observers walked towards a bird at a constant pace of approximately 1.0 metre per second, while maintaining eye contact, and recorded  the distance at which the bird initiated flight. Each flush was conducted using one of three different treatments: one person directly approached a bird; two people  side–by–side approached a bird; and two people directly behind one another approached a bird. The study found that invariably the bird flushed sooner when there were two observers, but that there was little difference in the FID whether the observers walked side-by-side or directly behind one another.

Another study found that for 64 of 68 species of Australian birds, the starting point of the observer had a significant impact on the FID. The further away the observer was when spotted by the bird, the greater the flight initiation distance. The researchers hypothesised that this may have been because of the energy costs of continually monitoring an approaching predator.  They also noted that a range of factors such as time of day, season of the year, and acclimatization to humans affected FID. 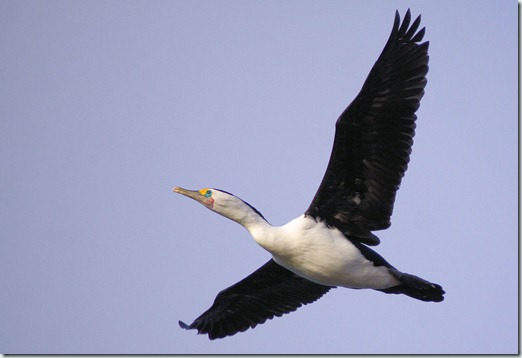