The male Musk Duck has a rather spectacular courtship display. His distinctive lobe under his bill is inflated and his tail, which usually lies flat on the water, is fanned over his back; 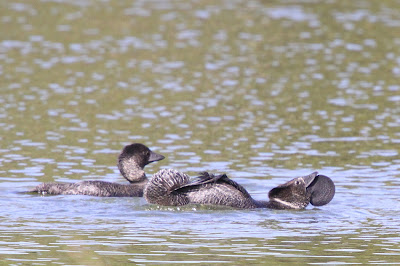 the display is performed for long periods at a time, both night and day in the breeding season; 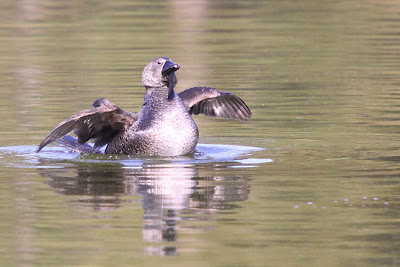 the females wait to be impressed; 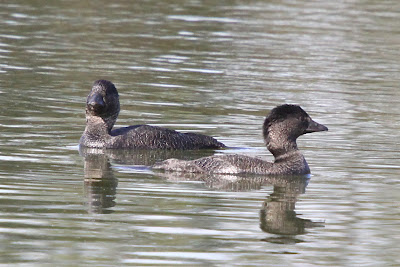 as he fluffs his feathers, flaps his wings, inflates his under-bill lobe and raises his tail into a fan; 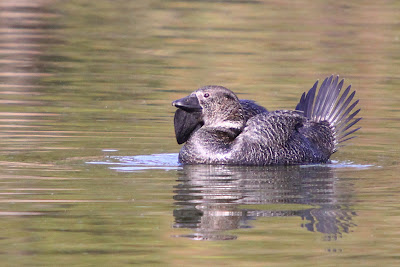 he splashes water with vigorous kicks of his feet; 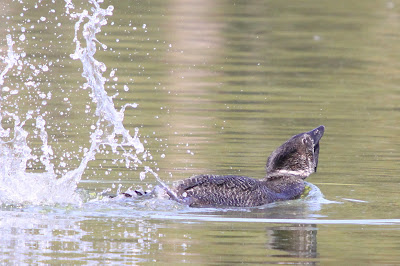 and throws his head back, inflates the lobe under his bill, raises himself out of the water and flaps his wings while giving a piercing whistle; 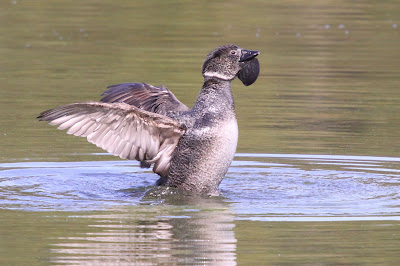 chest puffed out, tail raised and fanned, he swims in circles making clapping noises with his feet. 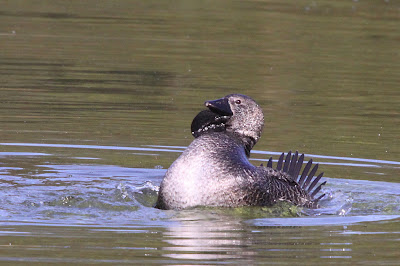 The Musk Duck (Biziura lobatus) is an endemic Australian bird species currently listed as vulnerable. The name comes from the musk odour given off by a gland on the rump. Musk Ducks are found only in Australia. They range throughout Southern Australia, inhabiting permanent deep bodies of fresh water. Both the male and the female sit characteristically low in the water – their shoulders are often submerged, with only the neck, head and rump being visible. Their legs are set back somewhat on the body, an advantage for diving – however this makes them rather clumsy walkers. Their size and weight make take-off difficult and they seldom fly, and are far more likely to dive than to fly away when danger threatens. The species is mainly carnivorous – feeding on small crustaceans, snails, fish, frogs, and ducklings.
Posted by Marj K at 6:04 PM