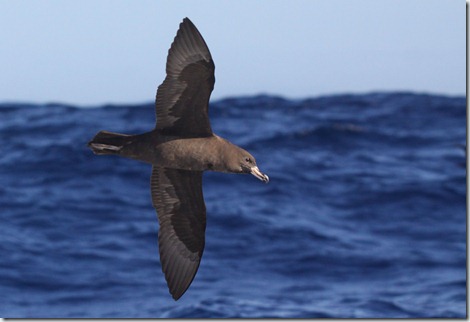 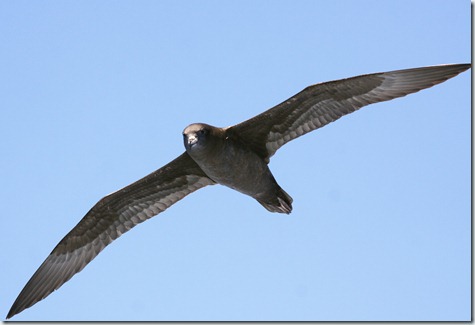 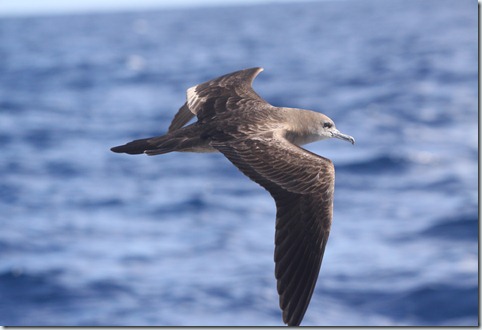 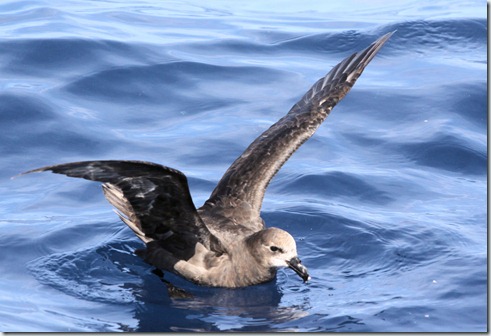 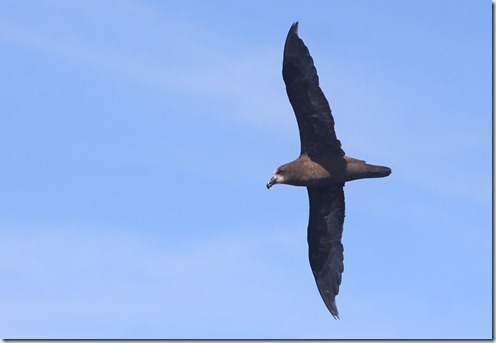 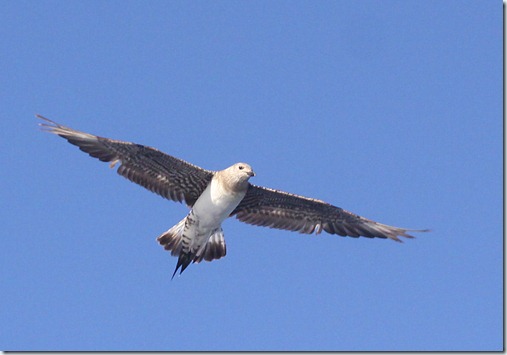 Arctic Jaeger Stercorarius parasiticus
Up at 4:00 to walk the dogs before heading up to the marina at Nelson Bay to meet up with 13 other HBOCers for a trip out to the continental shelf.
It was a perfect day, weather-wise, but it was still a challenge for photography with the birds flying side to side and the boat bobbing up and down. Once out past the heads we started chumming and gathered a flock of shearwater or muttonbirds, at first they were mainly Wedge-tailed, but as we got further out they were joined by equal numbers of Flesh-footed. A number of Short-tailed Shearwater followed our tuna-oil slick, but it was running straight into the sun, so no photos. Also seen were one Hutton's Shearwater, plenty of Pomarine Jaegers, and one Wilson's Storm Petrel - none being particularly cooperative where photographers were concerned.
Three Grey-faced Petrel came through regularly, stopping for their share of the treats. Two Arctic Jaeger flew past on a couple of occasions, with one landing on the water at a distance from the hubbub behind the boat. Silver Gulls close to shore, and Great Crested Tern, but none of the rarer terns. An Australian Gannet flew past at a distance and a Whistling Kite and a Peregrine Falcon flew up from the headland.
A Storm Petrel flew past the front of the boat and hung around for some time, well in the distance. Fourteen pairs of binoculars trained on the horizon couldn’t narrow the ID beyond ‘either White-bellied or Black-bellied’ though being summer, it was agreed that it was more likely to be a White-bellied Storm Petrel.
We chose the day of a huge game-fishing competition, so even out to sea there were plenty of boats with burley but we didn’t see the northern birds that we hoped would have come down with the warm currents. Getting back to the dock protesters from Friends of Fish had gathered to disrupt the Game Fishing 'weigh-in' so I didn’t hang around, though the penguins that are often in the harbour would have been a nice end to the day.
Posted by Marj K at 9:10 AM