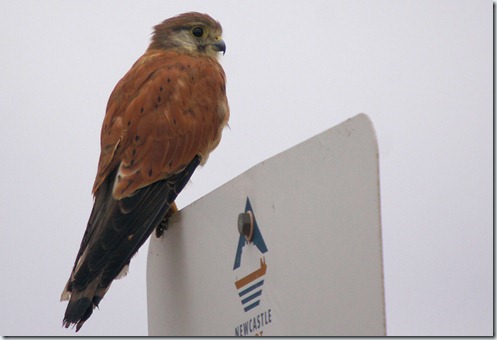 The name kestrel is given to several members of the falcon genus, distinguished by their typical hunting behaviour which is to hover over open country and swoop down on prey, usually small mammals, lizards or large insects. Other falcons are more adapted to active hunting on the wing.

Australian Kestrels are often seen hovering over road reserves and paddocks.  Once they have their prey in sight, they plunge head first toward the ground, pulling out of their dive at the last moment to strike with their feet.

This female has a regular territory along the river from Kooragang Dykes to Walsh Point.