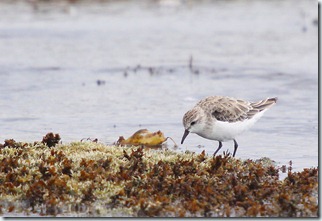 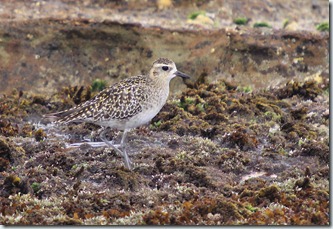 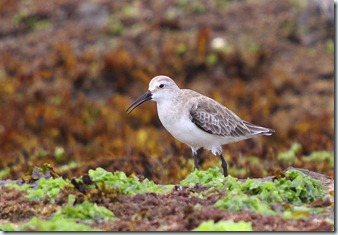 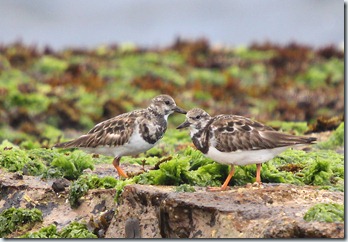 Over the summer Australia has an influx of around two million waders, which like the backpackers who arrive in similar numbers, are escaping the northern hemisphere winter. Like the backpackers again, they are distributed around the beaches of Australia. The full moon of New Year’s Day provided us with extreme tides, uncovering the intertidal flats at Soldier’s Beach on the central coast, and the sun was almost shining through the clouds so Maureen, Alwyn and I met up to capture some of the visitors. Of course as we arrived at the car-park above the beach it started to rain, so we grabbed coffees and huddled under the little available shelter while Maureen told us about all the great birds that were at this spot the day before.

The rain did stop, the sun even came out for a little while, before a late afternoon thunderstorm. We were able to run interference on holidaymakers determined to wander into the middle of the feeding birds, while gently edging close enough ourselves for some photos. As well as the birds above, the rock shelf held Silver Gulls, Great Crested Terns and Little Black Cormorants. A Terek Sandpiper flew on to the far edge of the platform, but didn’t come close enough for more than an ID shot.