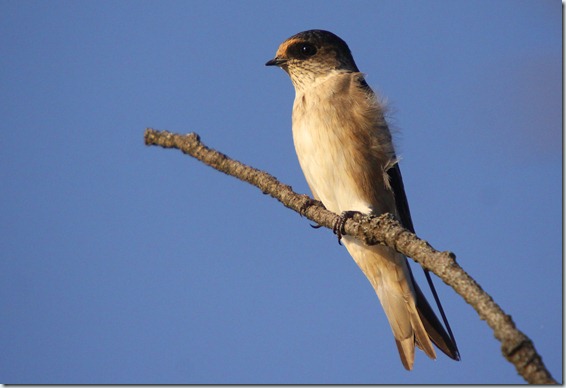 Large groups of tree martins and white-breasted wood-swallows flocked in the trees alongside Tea-tree Creek and perched on the wires above. Both groups included significant numbers of immature birds.

Emu wrens were in their usual spot at the end of the pipeline track, but defied photographic capture. Variegated fairy-wrens were plentiful, as were tawny grass-birds. Black swans were on the move, flying into the lagoon from the lake over the highway. An azure kingfisher changed perch in a flash of blue, and a great egret proudly displayed its breeding colours.