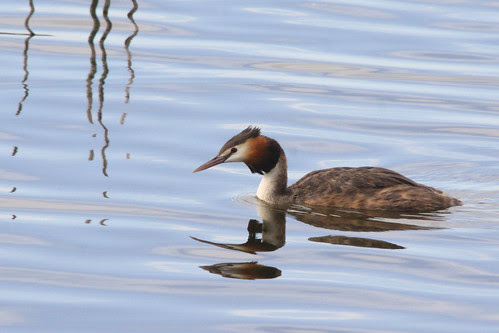 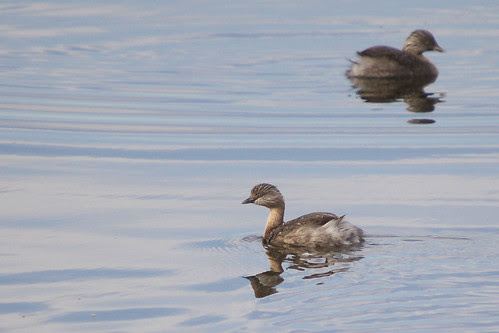 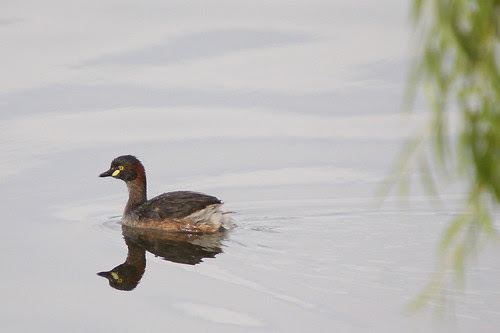 Out and about early, I headed out to Walka Waterworks in the hope of catching some waterbirds with their reflections. The recent reports of a Black Honeyeater in the grevilleas along the track provided an added incentive.

In Newcastle the day had begun clear and still, but clouds began to gather as I reached Maitland, and after less than an hour ambling along the track I'd lost most of the light and the wind had started to pick up, so a day's outing became a two hour walk.

Yellow-faced honeyeaters were everywhere, dollar birds were giving their distinctive calls from the top of a eucalypt, over twenty hardheads floated out in the middle of the pond, and reed-warblers played hide and seek at the water edge. Grebes were there in good numbers.