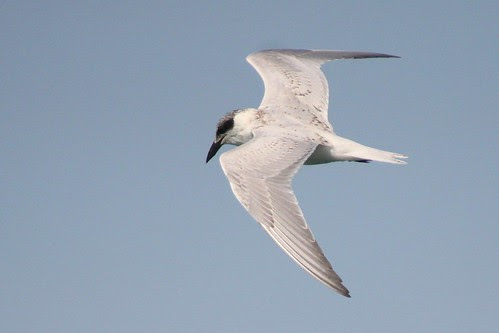 We had brunch at Stokes Hill Wharf. Some way out to sea lots of large fish were jumping out of the water and had collected an audience of herons, gulls and terns for their performance. The birds would swing past the wharf from time to time, allowing me to practice capturing flight shots.