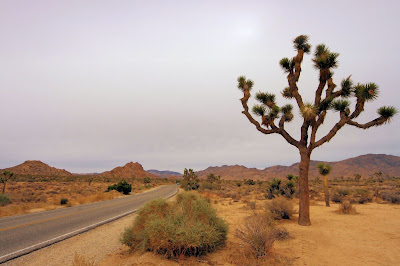 In November last year I had some time in California for a conference and got a chance to do a little bird-wandering between papers, but no time to write about it. Coming back to end-of-semester marking and admin, and then Christmas .... well long story short, I'm just now adding the trip to my blog.

The Joshua Tree National Park is a desert reserve east of LA, covering part of the Colorado Desert ( a western extension of the vast Sonoran Desert; the southern edge of the Mojave Desert; and the little San Bernadino mountains - three distinctly different ecosystems. The park straddles the Pacific Flyway and its springs provide rare watering holes, so is a popular spot for birders in spring and autumn. The tree for which the park is named is Yucca brevifolia, which looks like an escapee from a Dr Seuss book. 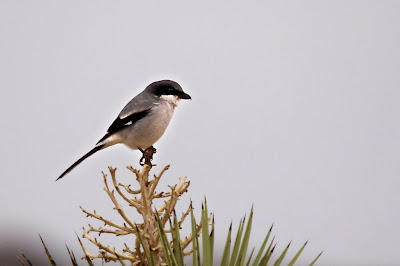 The Loggerhead Shrike looks a bit like our Butcherbird and in an example of convergent evolution has a similar habit of impaling its prey on twigs in a larder tree. 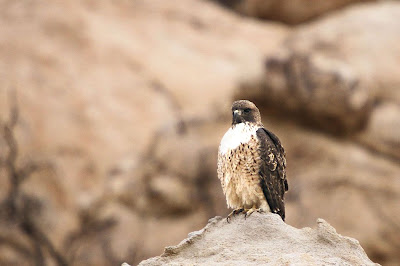 The rocky outcrops make the park popular with climbers, and  in the sparsely treed areas, form a convenient perch for raptors including this Red-tailed Hawk.

I saw the two birds I had especially hoped to see, the Greater Roadrunner and the California Quail, but both ground-dwelling birds were scattered by approaching groups and I managed only blurred images of their rapidly retreating backs.
Posted by Marj K at 12:49 PM

Email ThisBlogThis!Share to TwitterShare to FacebookShare to Pinterest
Labels: Laniidae