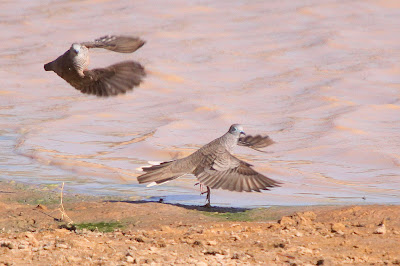 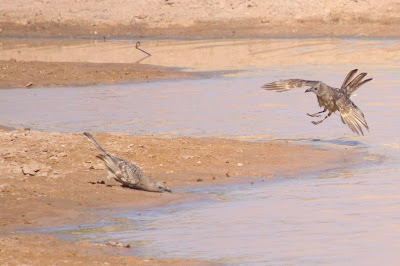 We are getting into a holiday routine. Catch a sunrise, breakfast, birding walk, photo editing and siesta, another birding outing, dinner and photo editing. This afternoon's outing was to Cocunut Wells. We took the Cape Leveque Road almost to the end of the bitumen where there was a dam on the right-hand side of the road. A large group of red tailed black cockatoos called from high in distant trees. Great bowerbirds and diamond doves came down to drink and bathe, but there was no shade close to the water, and it was too hot to wait in the sun so we turned back to the Coconut Wells turnoff. 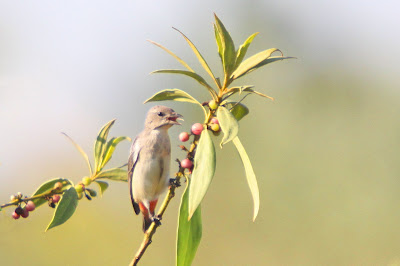 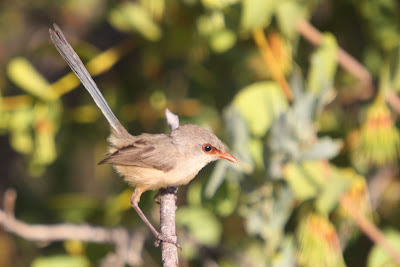 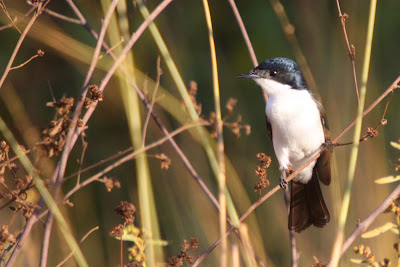 The huge lagoon was dry, it apparently only fills on king tides at which time birds gather in throngs. Today there were only kids on quad bikes to be seen. But the bushes along the raod to the beach were fruiting attracting silvereyes and mistletoe birds. Brown honeyeaters were scolding from the scrub, male variegated fairywren offered teasing glimpses of their breeding plumage while the duller females posed, and a flycatcher sang grom a perch on a grass stalk.

Returning to the carpark we got talking to a guy fixing the railing fence, who said if we continued on the sandy track, past the round about we'd come to a packed limestoney trail through saltmarsh, and if we followed it for, well, a couple of Ks we'd see a big group of brolgas. "You'd make it in that, OK" he said, nodding at our rental Rav 4. Well say no more, we were on our way. It was a little hair-raising at times, I'd have liked a  little more clearance in some deeply rutted sections, but oncoming vehicles kindly left the single track to let us by, and we managed a few deep sand sections without a problem. And we were rewarded with brolgas. A group of fourteen birds strolling in the late afternoon sun. 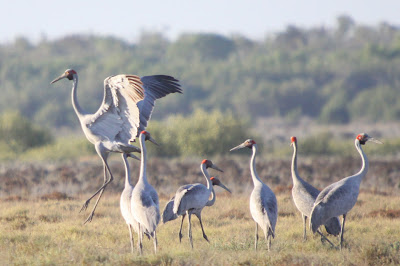 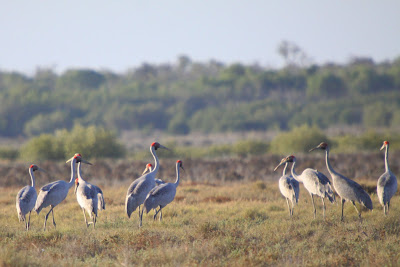 Email ThisBlogThis!Share to TwitterShare to FacebookShare to Pinterest
Labels: Gruidae