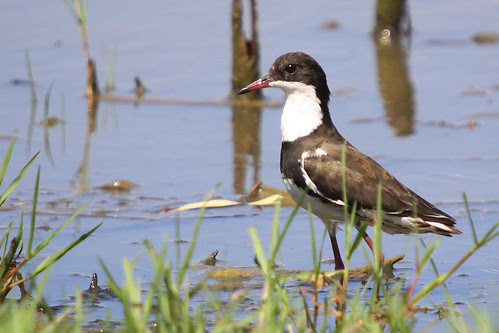 Red-Kneed Dotterel
The settlement ponds in Warren and the lagoons known as Tiger Bay are conveniently arranged both sides of the highway through town. Apart from the olfactory assault that is a usual part of birding in an STW it was a rather pleasant spot with trees around the lagoon, raised paths and good views.

We stopped here on the way to and from Nyngan, turning off the Golden Highway at Dunedoo, and driving through Gilgandra rather than travelling through Dubbo.

Brown Treecreepers were plentiful, and vocal, entertaining us with their antics. Lots of ducks, and several raptors. We were planning to drive west until we found sunshine, and by Warren it had stopped raining and the sun was promising to break through. Two days later there was not a cloud in the sky.