In the town of Manilla there is a very pleasant walk along the river, around 3k return, starting at the Manilla Street bridge and running past the junction of the Manilla and Namoi Rivers to the showground. Not a lot of birds when I was there, but I imagine it would be a good spot for honeyeaters a little later in the season. Behind Chaffey Park off Strafford Street ducks and coots paddled near the weir, and Straw-necked Ibis wandered the playing fields.

Split-rock Dam, north of Manilla on the Barraba Road, had Australian Coots and Little Pied Cormorants, Apostlebirds, White-plumed Honeyeaters, Willy Wagtails and Pied Butcherbirds, including a youngster who was very interested in my lunch. 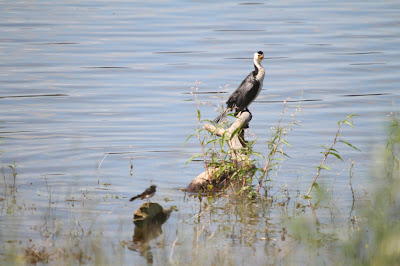 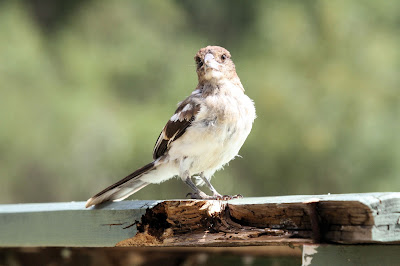 On the road to Barraba, about 25k north of Manilla is a well signposted turnoff to the Tarpoly and Borah Creek Travelling Stock Reserves. Driving through Tarpoly there were Brown Tree-creepers, Apostlebirds, White-winged Choughs, Sacred Kingfishers, Rufous Songlarks, and Peaceful Doves.

The track down to the creek was overgrown, it had been a while since there was any traffic along it, and the creek side which had been neatly slashed on my last visit was waist high grass. We disturbed two snakes soaking up the sun. Lots of Brown-treecreepers here, and large numbers of White-plumed Honeyeaters,  Little Lorikeets and Musk Lorikeets high in the trees, Bee-eaters foraging over the creek and a Black-fronted Dotterel on the rocks. 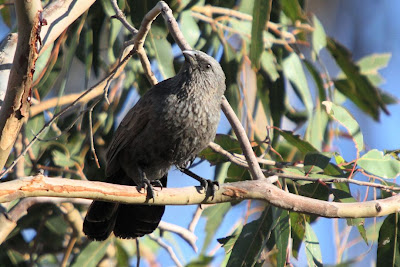 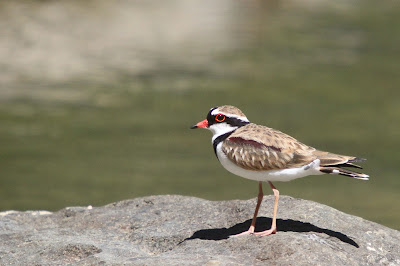 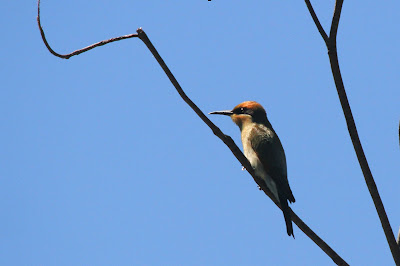 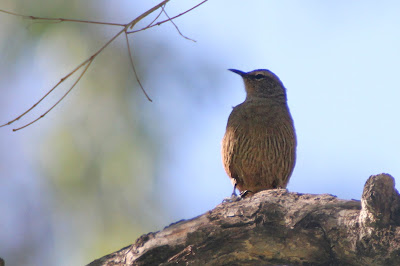 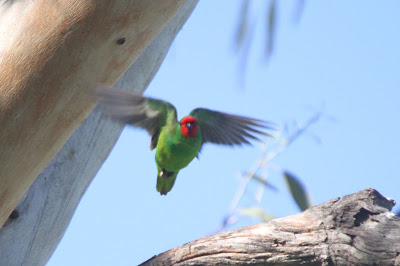 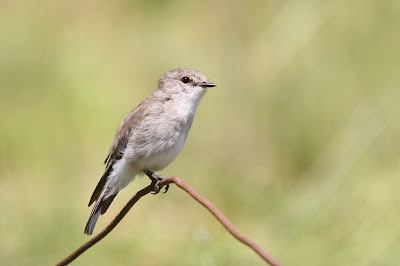 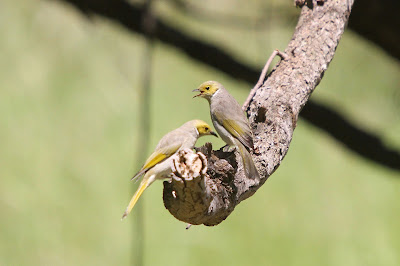 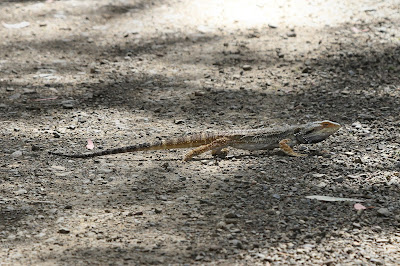 Back in Manilla, taking the Boggabri road then turning into Corella Road I parked the car at the gate to Borah Crossing TSR and walked down to the water with Dusty, at the northern end of Lake Keepit. It was a day for parrots with Little Corellas, Galahs, Sulphur-crested Cockatoos perched in the trees, and then a wonderful sight of a flock of Cockatiel.

Back towards Manilla I pulled into the Spring Creek TSR. An impressive sign welcomed a list of people including walkers, picnickers and bird watchers, but the gate was firmly padlocked and there was no pedestrian access. 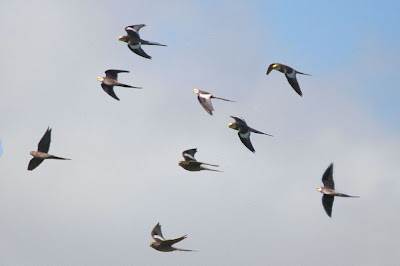 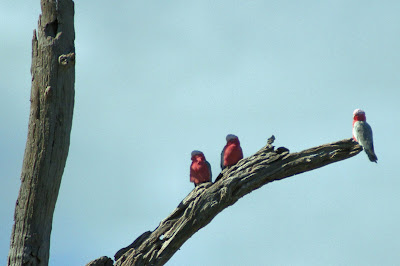 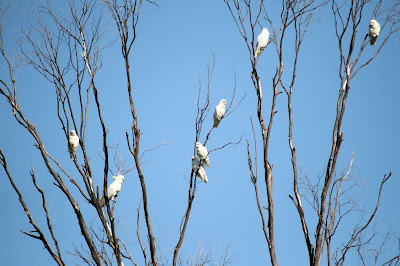