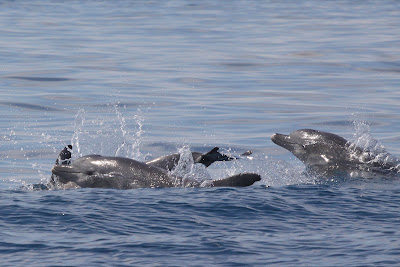 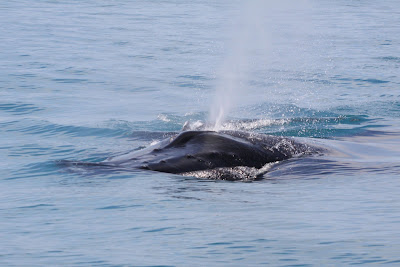 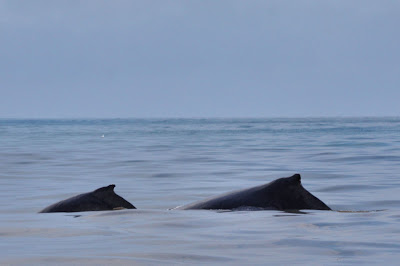 We spent the morning on a whale watching trip which offered distant views of lesser frigate birds, wilson's storm petrel and brown boobys and close-ups of silver gulls. We came across a mass of fish which were being herded by dolphin, and a mother humpback whale and calf idly resting on the surface of the water. No spy hops, breaching or tail slaps, but I did capture a fin slap and it was great to watch them just relaxing. 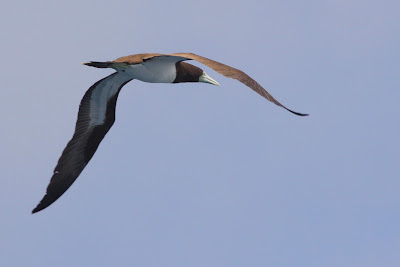 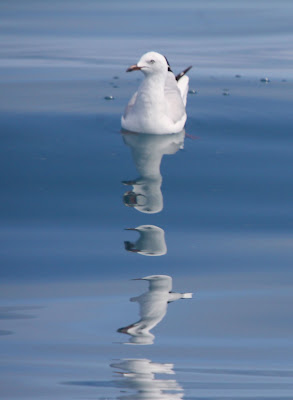 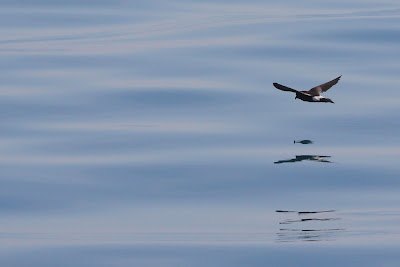