Stopping at roadside spots which promised good birding, and coming across birds at unexpected places took up quite some time, so our two hour drive to Derby ended up occupying most of the day. We had directions to the Sewage Ponds and a report that freshwater waders were abundant, and an observation tower at the sewage plant made for ease of access. However we looked in vain for the tower, and were later told it was no longer there - comforting, because even with my hazy navigation skills I thought I'd be able  to loacte a tower on a floodplain.

The overflow was a series of ponds edged by deep reedbanks. Golden-headed cisticola serenaded from the reeds, and red-backed fairywrens and double-barred finches sheltered from the heat in dense low shrubs. We found a spot under a paperbark that gave good views of the waders, though they stayed on the far bank with its shelter of reeds. 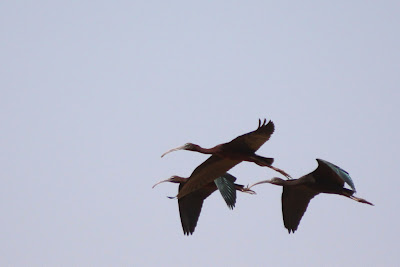 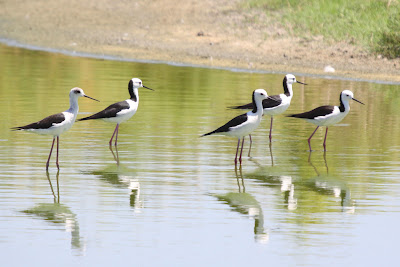 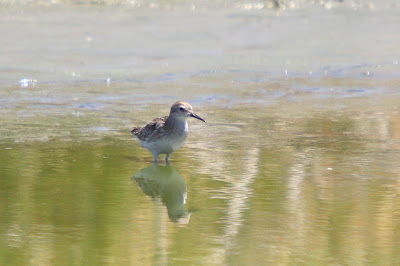 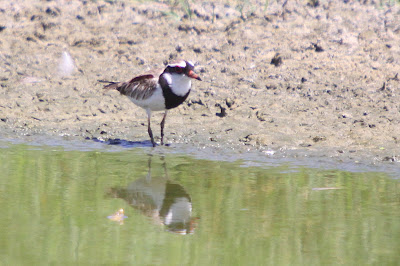 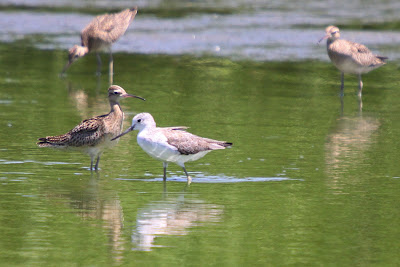 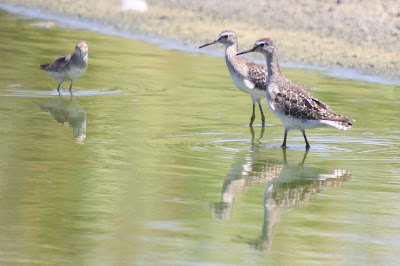 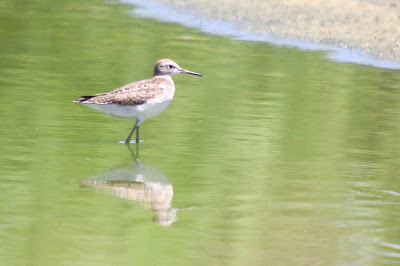 We went to the mangroves near the export facilitity where a dozen black kite wheeled overhead, and a couple of small waders fossicked at the waters edge but the mud was thick and sticky and the temperature had reached 40 C, so we decided any birds in the mangroves would remain unobserved.

On the way out of town we drove past the airport where someone had reported seeing 10,000 oriental pratincoles some years ago. We didn't see 10,000 pratincoles - actually we didn't see a single bird.
Posted by Marj K at 4:12 PM

Email ThisBlogThis!Share to TwitterShare to FacebookShare to Pinterest
Labels: Threskiornithidae