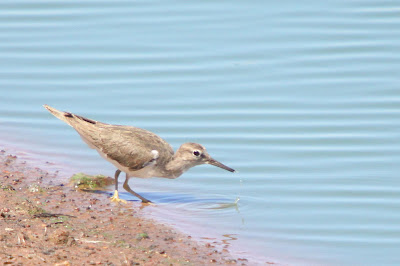 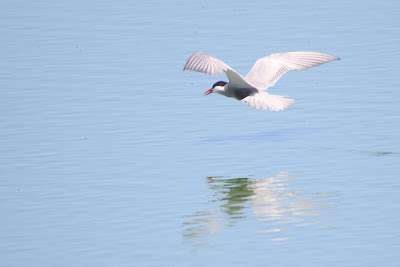 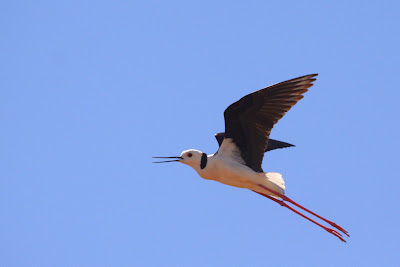 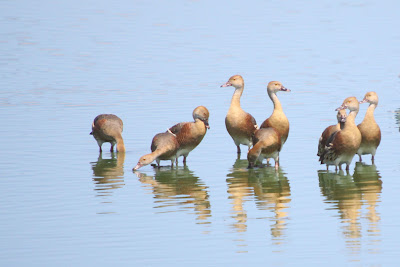 We'd heard that the water corporation had closed access to the sewage ponds, and the birds could now only be viewed from behind the eight foot fence - which wasn't much good for photography - but we thought we'd drive out for a look. When we arrived, the gate was open and noone was around so we ambled in and set oursevles up on the edge of the first pond.

There were literally hundreds of plumed whistling ducks, plus good numbers of pacific black duck and grey teal, and australian pelican. There were around twenty white-headed stilt, included three very young babies at the waters edge at our feet, which was probably why the stilt were chasing any black kite that came too close to the ponds.

Whiskered tern flew across the surface of the water, and common sandpiper foraged at the waters edge.

We were just  settling in for a couple of hours of productive photography, when a voice asked "Do you have permission to be in here?" We confessed, and were told we had to seek permission at the water corp office, though it was highly unlikely that permission would be given. Sure enough, all our rational explanations and emotional pleadings counted for little. Access was denied on the grounds of OHS concerns. This is one of my (many) gripes - the misuse of "occupational health and safety". We don't work there so how can OHS be an issue - if you mean public liability then say so. The end result however was that any future birding at the ponds would be done through the chain link fence.
Posted by Marj K at 7:41 AM