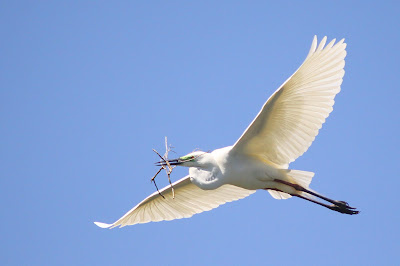 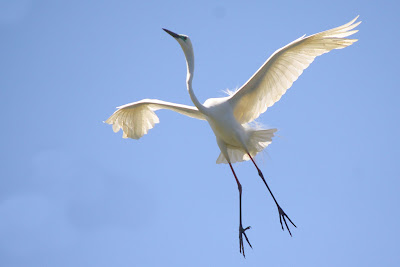 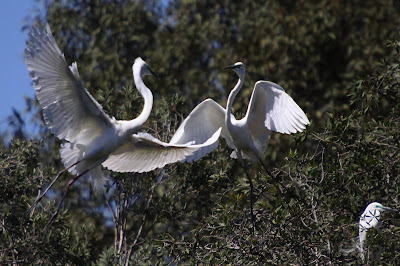 Formally regarded as a subspecies of the Great Egret, Ardea alba, the Eastern Great Egret was recently elevated to full species status, Ardea modesta.
Avian taxonomy is no simple thing, complicated by the fact that there are a number of taxonomic authorities who do not necessarily agree on what to name a particular bird, and there are people who have known a bird by a particular name and are reluctant to change what they call it. Avibase gives the major authorities and their various scientic and common names for a species. Past taxonomy has been based on appearance, behavior, habitat, nest characteristics, etc., but most recently DNA hybridization techniques have been used with probably the most accurate results of any method.
Class: Aves
Order: Ciconiiformes
Family: Ardeidae
Genus: Ardea
Species: Modesta
Common Name: Eastern Great Egret
Whatever they are called, they are currently nesting at the Hunter Wetlands Centre and are busy fighting, making love, and building nests in a large colony in the paperbark swamp.
Posted by Marj K at 7:26 AM