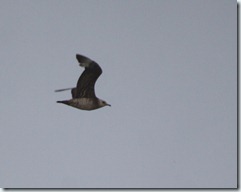 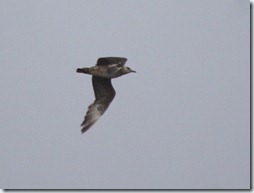 I was walking along Nobby’s beach a couple of days ago, with the wide angle lens to capture the sunrise, when two birds came flying fast from out to sea. It was a crested tern, being chased by an arctic jaeger. Several people then reported seeing groups of two or three behind Ocean Baths and in the mouth of the harbour. I regretted missing the photo opportunity.

But yesterday I was at Walsh Point in a grey dawn when two immature birds flew across the basin and up river, calling loudly. 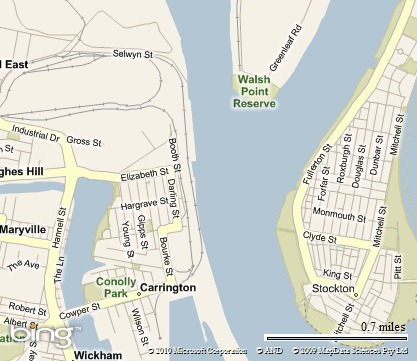 Email ThisBlogThis!Share to TwitterShare to FacebookShare to Pinterest
Labels: Stercorariidae