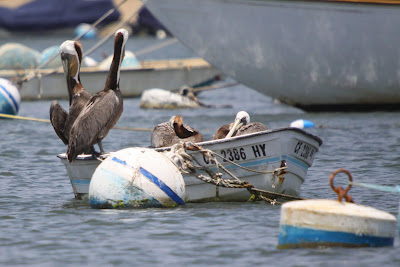 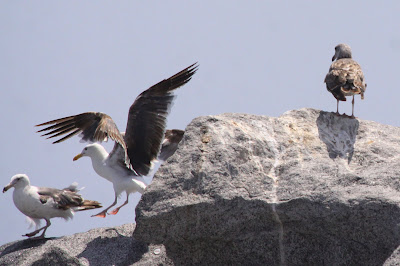 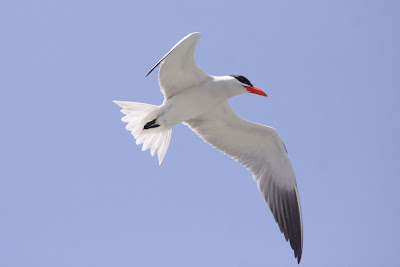 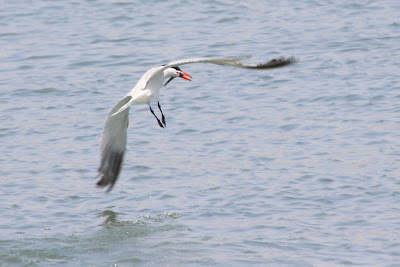 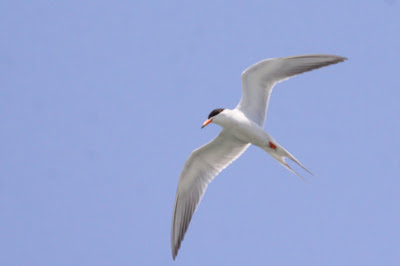 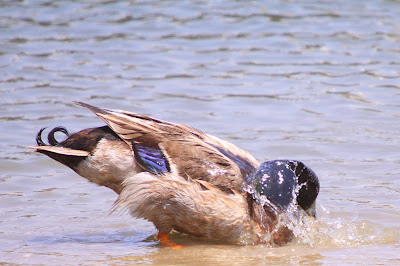 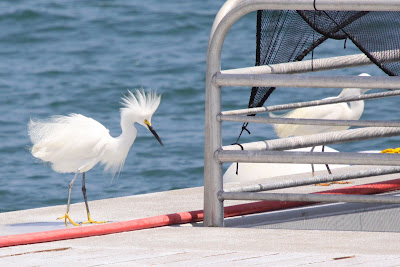 After a stimulating and informative New Media Consortium conference at Disneyland I'm on the Balboa Penninsula in Orange County. I took an evening stroll along the harbour wall to check out the difference in birdlife in my first summer visit. Two great blue herons flew into a huge palm tree for the night, severel black crowned night herons were on their way somewhere, and a green heron headed towards the back bay. Barn swallows flittered over the water and perched on boat rigging. Snowy egret foraged along the tide line and displayed on the bait barge, and a great egret flew overhead. Brown pelican formed a giant V in the sky, before finding a row boat to  roost on, and double-breasted cormorants perched on mooring buoys. Western gulls and forster's and caspian terns circled the harbour, fishing in the last of the light.
Posted by Marj K at 8:40 AM