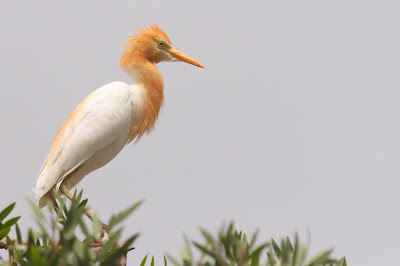 It is generally accepted that the Eastern Cattle Egret self-introduced via Asia and Papua New Guinea early in the 1900s. It began to breed in NSW in the Grafton area in the 1950s and was first recorded as a visitor in the Hunter in the 1970s. It commenced nesting at Seaham in 1978 and at Shortland in 1980. The numbers of nesting birds in the Hunter increased steadily through until 1987. 1987/88 was the peak year with a total of 1,393 Cattle Egret nests, but since then numbers have been in rapid decline.

When I first photographed the nesting birds at the Shortland Wetlands Centre in 2006, the birds crowded every tree around the Melaleuca swamp, the din of the calling parents and young could be heard for miles and hundreds of birds crisscrossed the sky. There were mainly Cattle Egrets, but also Eastern Great Egrets, Little Egrets, Nankeen Night Herons, and Intermediate Egrets. In 2006/07, 190 pairs of Cattle Egret nested at HWCA. Only 158 nests were recorded in 2010/11, while Seaham Swamp had no nests at all.

A 2011 report concluded that a long history of steady degradation of the ecological characteristics of the two colony sites and the other Hunter Region wetlands, combined with loss and degradation of foraging and night-roosting habitat locally and along the migration routes, are the most likely factors contributing to the decimation of breeding population. (Max Maddock, Breeding Population Decline in Cattle Egrets, The Whistler, V5 2011 p1-7) 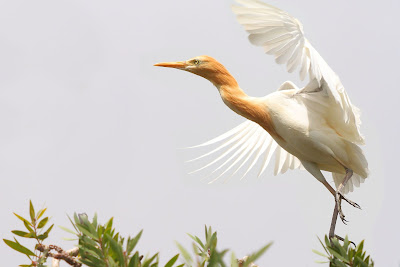 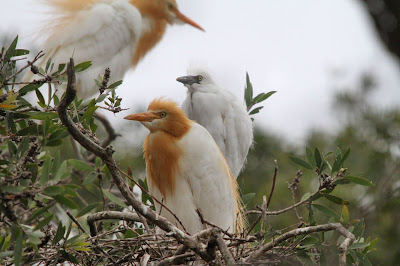