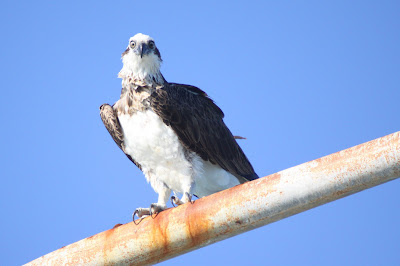 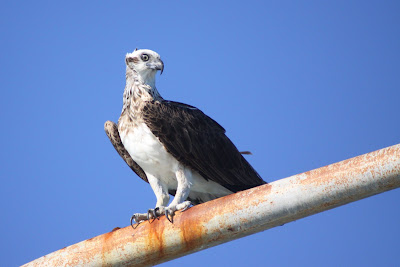 ﻿I had a direct flight from Sydney so got in several hours before Maureen who was routed through Perth. I picked up the hire car and just went for a drive, ending up at the port. Two Osprey were using the lights on the jetty as a base. Frigate birds were flying past in the distance and gulls and terns were close inshore. An eastern reef egret fished off the rocks at the base of the jetty and a black kite devoured its prey on the top of a powerpole.
Posted by Marj K at 6:54 AM